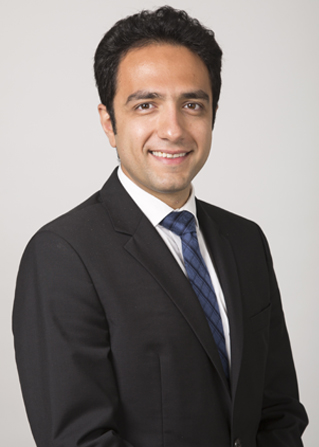 Farshad Ghodoosi is an assistant professor of business law at David Nazarian College of Business and Economics at California State University, Northridge. He is also a faculty affiliate at the Autonomy Research Center where he initiated and is the principal investigator of the project on Autonomy in Law conducting research projects related to computational law, artificial intelligence, crowdsourcing, and network games.

Farshad received his doctoral degree (J.S.D.) from Yale Law School where he focused on the resolution of cross-border business disputes and arbitration in his research and dissertation. He also received master of laws from Yale Law School and University of California, Berkeley School of Law (Berkeley Law). He is a recipient of the business law certificate from Berkeley Law. Farshad also received his PhD in International Relations from Florida International University in Miami, Florida. He obtained a bachelor of laws (LL.B) and B.A. in English Language and Literature from University of Tehran. Previously, he was an assistant professor of law and management at Earl G. Graves School of Business and Management at Morgan State University and served as a faculty fellow at Morgan’s Fintech center. Farshad has practiced as an attorney in global litigation and arbitration practices of leading elite law firms on complex and high-stake business, investment, and contractual disputes. He also acted as a consultant in a leading technology consulting firm. He also serves as an expert on issues related to contract law, international law and comparative law.